This post is chock full of big changes. So grab a cup of tea and sit back.

Join me in my time-machine…about 6 years ago. I was on the balcony of my little condo overlooking the max station in Hillsboro, Oregon. I was playing with my baby girl. Suddenly, I heard a bird chirping. When I heard this chirp my brain said, “oh it’s the crosswalk sound”. My brain didn’t say, “oh what a sweet bird.” My brain assumed it was mechanical. I felt sick to my stomach that the city had fully taken me over. I felt I needed to get out of what Portland was becoming.

Through my work, I have the honor of talking to people from all over the world. So my sense of greener grass is really mild. I don’t necessarily see that healthcare is better in Europe, because I talk with people in Europe. Or such and such state is horrible or better because of X, because I talk to people in those states. I hear real problems from real people and I get a daily dose of reality. So I asked myself, ‘where do people seem the most happy and the most unhappy?’ People who seem the MOST unhappy, I swear, they are all calling me from Florida. People who seem the most happy are calling me from Bend, Oregon. (That’s out of the big city isn’t it?) Sure people in Bend have plenty of problems, but the sunshine and the earth energy is very potent and they seem more balanced because of it.

So, I moved my family over the mountain to the sunshine far enough east and south to have the Deschutes National Forest as my backyard. This forest called me in. I live about 30 minutes south of Bend. Bendites think I’m crazy for living that far. I love it. I get to say, “I’m going to town” and that means driving to Bend.

The downside is (as a gay, hispanic woman) I live next to a lot of guns and racist assholes. I don’t always feel safe. But I really do feel strong and I love the earth here. Until this last year when they began destroying the forest behind my home for fire “safety” reasons. It was really for cash. All those trees were loaded onto big logging trucks. They left nests of brush piled as tall as a moose including the height of its antlers (my daughter’s words). They are un-burned and now really DOpresent a fire hazard. Watching them rip out my trees makes me cry and rage. I want to scream and cry at the machinery in my yard. It makes me want to rip the men from their tree killing machines and beat them. I feel strongly I am the mother of these trees. And this forest was really young and thin already. It was my baby. (So I dream even bigger of one day living on a large piece of land where they won’t take my trees. I feel like I need at least a 100 acres.)

I have lived the last 4 years in this sweet little rental in the forest. It’s the place where my marriage fell apart (thank the Goddess). Our first month in this place and my husband was yelling and screaming at me on my daughter’s birthday while I had the flu. I was fucking done. Thanks little house for bringing the truth to the surface. I laid down the first couple nights in this home, falling asleep to it’s mother like nature. Also, it was infested with spiders. I would lay there and talk to it and say, ‘house tell your spider children to stay out of my home. I don’t like them and I don’t want to kill them.’ Two days later the bugs  and spiders left. I would sit in the backyard and watch all the things, the birds, dragonflies, rabbits and soooo many millions of butterflies come here. It was like the nature channel. There’s my brain again…ha ha.

This home is the place where my Saint Bernard was born into our family. It’s the hammock swaying in the summer that my kid turns into a swing. It’s waking up to a foot of snow on the ground every morning. It’s white Christmas. It’s the place where I fell in love with my wife before she was my wife. It’s s’mores in the fire pit. It’s the home where she built me a gorgeous farm table, in the dining room, because it couldn’t fit through the door. And when I realized it couldn’t be moved, I looked up at her and said with a little tremor in my voice, “Oh boy this really is permanent, huh?” And she laughed at me and my commitment issues. I have said unequivocally that this is my side of the mountain; my forever place.

Meanwhile, I have driven back to Portland almost every month (sometimes twice) since I moved to these mountains. And I have slowly watch my beautiful Portland become overrun, exploited, destroyed. Let me give you an example, a few weeks back I got my truck stuck on a light pole in a Grand Central Baking parking lot. I saw the pole. I knew it was there, but somehow I didn’t realize it was THAT CLOSE. So I jumped out of my truck as crowd of onlookers gathered. I was in a great mood, despite this. How awesome, someone in this crowd would help me talk through how to negotiate getting off the light pole with as little damage to my truck as possible. I excitedly ask the crowd for help, “Hey do you think I should reverse and turn the wheel to the left and then go forward?” And they all just starred with no response, except one woman said, “oh honey you aren’t from around here are you?” I was stunned that this was her response to me asking for help. Because 10 years ago I wouldn’t have been a side-show, I would have been a neighbor (no matter the neighborhood) and someone would have helped. So I said, “No I’m not from around here” because suddenly I didn’t want to be associated with this place.

Flash back to me being 18 years old and trying to get my car out of a tight squeeze in an underground parking lot. You know the kind. Oh and I was downtown during the rose parade. The parking attendant was shouting commands at me as my car got more and more stuck. Then he would just curse at me for listening to him in the first place. It was super intense. Suddenly, a kind black man walking by, intervened on my behalf. He started shouting at the parking attendant, “Stop yelling at her! Everything you are telling her to do is worse and you are just yelling!” I gave him a hug and I asked him would he do it for me, he looked cautiously and said, “are you sure?” I explained nothing I was doing was working. The kind stranger jumped into my car, made two driving wheel moves and got me unstuck. THAT IS THE REAL PORTLAND. I am fully committed to bringing the kindness back with me. I am fully committed to responding to, “you’re not from around here” by saying yup, “I’m old Portland, but I don’t think you are.” I am fully committed to rediscovering the kindness here.

I am over the moon to announce that Bri has been named Executive Director of Bradley Angle!

An organization founded in 1975 aimed at supporting survivors of domestic violence through culturally specific services. She will be continuing her work as a business consultant and parent coach on Saturdays for you. This means we are relocating back to Portland which we both never thought we’d do.

But it is a great opportunity for both of us. For Bri it’s leading a team and championing an important cause. She is really skilled at navigating bureaucratic systems and helping the “good guy” win. She is unafraid of chaos. She has helped me so much personally with my trauma as a survivor that I know Bradley Angle is lucky to have her (and the Mayor of Portland thinks so too check out the video at the end of this email).

I can’t wait to be her secret weapon, helping her get funding and donations and supporting her agency so that this resource stays strong and alive. I want that for women and children everywhere! I have strong opinions. I’m feeling a little Michelle Obama-ish in this process. Because Bri’s non-profit needs help! It needs my powerhouse wife, but it also needs money. So if you wanna introduce me to your rich friends, go for it! We are currently trying to raise $18,000 through private donors to secure a match by the end of June! More on that in another email.

For now here is what you need to know: My heart has always been with you Portland. I never thought I would return and my dream of country living is on hold for the next 10 years or so. I feel at home close to the wilderness, yet Portland has a special magic for me. No matter how pissed I am about hitting traffic at 7am, I ALWAYS leave my office after working with clients in the best mood. Portland you are my tribe; you are my people. I know there is some old Portland under the surface and I am fully committed to uncovering it. Portland is where I gave birth to Lotus Lantern Healing Arts. And you supported me even after I left. Thank you! Now I dream of more in-person sessions. I dream of teaching boat loads of in-person classes. So let’s see what unfolds. My plan is to be back in PDX by June 20th.

Alright, got any advice for me as I make my way back over the mountains?

I wanna share my wife’s courage. Not only did she show up for the fundraiser at Bradley Angle before she even started working there, but she was auctioned off to a stranger, “Have dinner with the new Executive Director”!?!?! HAHA!   Oh and here she is on day three of her new gig (the video I promised):

Rev. Liliana Barzola, an intuitive since childhood, uses her gift to enable individuals, couples, and organizations to find clarity and direction. She is a first generation, successful Latina entrepreneur. She resides in the Oregon mountains with her Saint Bernard and is happily paired with her partner, Bri. She has conducted over 20,000 in-person and phone intuitive sessions, and taught over 600 students, since 2002. Her practice, Lotus Lantern Healing Arts, has an international clientele including individuals in Australia, Italy, Germany, Japan, Canada, Venezuela, Africa, the UK, and every US state. She’s experienced the adventures of marriage, divorce, deaths of loved ones, chronic illness, single parenting and overcoming the trauma of domestic violence. These things have leveled her, humbled her, tormented her and forced her to grow. She channels a deep reservoir of compassion and laughter to help get you through it all too. 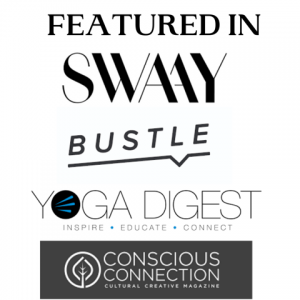